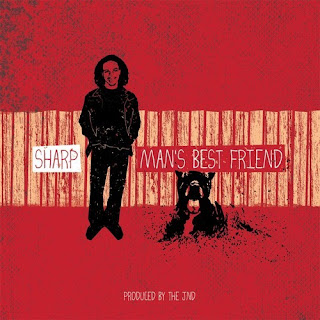 Man’s Best Friend is the prelude to Sharp’s debut album entitled Music Therapy which is currently being recorded.
Sharp produced all of the beats with the help of The jnd, his production team founded in May 2012. D.J. Dyn-O-Might, singer/songwriter Julie Slonecki and guitarist Dylan Mills all lent their talents to the creation of the mixtape.
The mixtape was recorded at D.J. Dyn-O-Might’s DEG Studios in Maryland.

Sharp says about Man’s Best Friend, “Each song is like an episode of [Wilfred] and has a theme dealing with life.”
Sharp is a rapper, singer, and songwriter from Washington, D.C. A military brat, he was raised mostly in the D.C. area, also lived in Europe for three years. Sharp has been performing since the age of four and started hip-hop at 12 years-old.

Here is that Exclusive leak from the mixtape.

Sharp On YoutubeSharp.jnd on SoundCloud

How to get more plays on SoundCloud

If you would like to be featured on this blog!
Contact Me Via Sound Cloud.
Posted by Someone at 7:19 AM 146 comments:

How To Get Legit Plays on SoundCloud

How to Get Plays on SoundCloud

About SoundCloud
SoundCloud is the world’s leading social sound platform where anyone can create sounds and share them everywhere.
Recording and uploading sounds to SoundCloud lets people easily share them privately with their friends or publicly to blogs, sites and social networks.
It takes just a click to share sounds to Twitter, Tumblr, Facebook and Foursquare.
SoundCloud can be accessed anywhere using the official iPhone and Android apps, as well as hundreds of creation and sharing apps built on the SoundCloud platform.
For more about what SoundCloud can do, visit their tour page.
Don't have a free account yet? Sign Up!

Now you know what SoundCloud is and

you have some original music uploaded and you want to get plays.

Simply put, CloudKillers is a website that offers real human feedback for Music Promotion at an incredible speed. You will find a highly interactive community that is ready to comment on your SoundCloud Productions. Labels will find the weight taken off their shoulders with this free Music Promotion solution with affordable pay solutions as well. If you're an artist looking for detailed critiques of your work, look no further then CloudKillers to get quality feedback. CloudKillers effectivly drives plays to your music through a community driven feedback services for Artists.


So what are you waiting for?

Here is some of the friends ive made while using CloudKillers. Notice the amount of comments they have. ;) 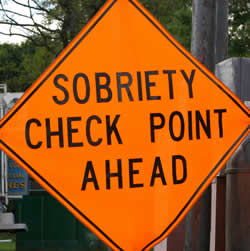 The Dangers of DWI

If I as an american hiphop artist can make you feel something with my trapcore music, then I have accomplished my goal. This song is intended to make you feel a certain way. I'm not trying to endorse drunk driving in anyway, but merely show you the self centered monster that you become when you decide to do so. The Dangers of DWI by JEDISWIFT was inspired by my past experience.

A driver with a blood alcohol concentration (BAC) of 0.10 or greater is seven times more likely to be involved in a fatal motor vehicle crash than is a driver who has not consumed alcoholic beverages, and a driver with an alcohol concentration of 0.15 or greater is about 25 times more likely.
Basically, the more you drink the more likely you are to have an accident, and a fatal one. The same applies for the likelihood of having any vehicle accident, fatal or otherwise. Here's the cold hard facts:

More Likely to Have a Crash

A 160-pound person drinking two beers within an hour would probably have a BAC of 0.04, well below the legal limits of driving under the influence, but 1.4 times more likely to have an accident than someone who is sober.
Two more beers? The likelihood of an accident goes up almost tenfold. At .08 BAC, a driver is 11 times more likely than the non-drinking driver to be involved in a crash. As the amount of alcohol in the driver's system rises mathematically on the BAC scale, the likelihood of a traffic accident multiples.
Two more beers? Up to a six-pack now? The likelihood of having an accident is now 48 times higher than the abstainer and the driver has just now passed the 0.10 BAC level.

So.. What im saying is, dont drink and drive. Smoke pot and fly home kids.