1. Refer to the exhibit. If all routers are running RIP version 2, why is there no route for the 192.168.1.32/27 network?ans:Rip version 2 will auto summarize routes by default.2. What are two reasons to implement RIP version 2 rather than RIP version 1? (Choose two.)ans:RIP version 2 supports VLSM.RIP version 2 supports routing update authentication.3. Refer to the exhibit. RIPv1 is configured as the routing protocol for the network that is shown. The following commands are used on each router:router ripnetwork 10.0.0.0network 172.16.0.0When this configuration is complete, users on the LAN of each router are unable to access the remote LANs. Why?ans:RIPv1 is unable to route to discontiguous subnets of a major network.4. Refer to the exhibit. What effect will the commands that are shown have on RIP updates for Router1?ans:Only version 2 updates are sent to 224.0.0.9.5. Refer to the exhibit. A technician needs to add a new loopback interface to test routing functionality and network design. The technician enters the following set of commands on the router:Sanford(config)# interface loopback1Sanford(config-if)# ip address 192.168.6.62 255.255.255.252Why does the router respond with an error?ans:The network address for Loopback1 overlaps with an already configured interface address.6. What is the maximum network diameter permitted by the default metric of RIPv2?ans:15 hops7. Refer to the exhibit. All routers are running RIP version 2. JAX is configured to just advertise the 10.0.0.0/24 network. CHI is configured to advertise the 172.16.0.0/16 network. A network administrator enters the commands shown in the exhibit. What changes will occur in this network?ans:The CHI router will install a route to the 192.168.0.0/16 network in its routing table.8. Refer to the exhibit. What can be concluded from the output shown in the exhibit?ans:The no auto-summary has not been configured on this router.9. Refer to the exhibit. All routers are running RIPv1. What changes will occur in the routing table of router B if a loopback interface with an address of 10.16.1.129/27 is configured on router B?ans:A connected route to the 10.16.1.128/27 network is added.10. How are RIP v1 and RIP v2 similar to one another? (Choose three.)ans:They both use hop count as a metric.They both have the same metric value for infinite distance.They both use split horizon to prevent routing loops.11. RIPv2 is the configured routing protocol on the routers in a network. The command Router(config-router)# no version 2 is entered on the routers. What effect does entering this command have on routing updates?ans:Version 1 and 2 updates will be received and the version 2 updates will not be sent.12. A network administrator installed four new routers that are running RIPv2. Router1 is a boundary router in the RIPv2 network and has a default route configured. Once the network has converged, the network administrator enters Router1(config-router)# default-information originate on Router1. How will this affect the network?ans:propagates the default route to all routers in the network13. Refer to the exhibit. The exhibited network contains a mixture of Cisco and non-Cisco routers. The command debug ip rip was entered on the JAX router. All routers are running the same version of RIP. Router CHI and Router ORL are not able to reach the 192.168.1.16/28 network. What is a possible solution to this problem?ans:Configure RIPv2 on routers.14. Refer to the exhibit. Which command on which router will allow Router1 to learn about the 192.168.0.0/20 network?ans:Router2(config-router)# version 215. A network administrator has been told that the company IP address infrastructure must adhere to RFC 1918. What three IP address ranges from RFC 1918 could the administrator use on the network? (Choose three.)ans:10.0.0.0/8172.16.0.0/12192.168.0.0/1616. Refer to the exhibit. Routers East and West are configured using RIPv1. Both routers are sending updates about their directly connected routes. The East router can ping the West router serial interface and West can ping the serial interface of East. However, neither router has dynamically learned routes from the other. What is most likely the problem?ans:VLSM is not supported by RIPv1.17. Refer to the exhibit. Which command will allow Router2 to learn about the 192.168.16.0/28 network?ans:Router1(config-router)# network 192.168.16.018. What field was added to the RIP message header by RFC 1723 to add support for VLSM and CIDR?ans:subnet mask19. What are two functions of the network command used when configuring routing protocols? (Choose two.)ans:identifies which networks will be included in the routing updatesdetermines which interfaces can send and receive routing updates 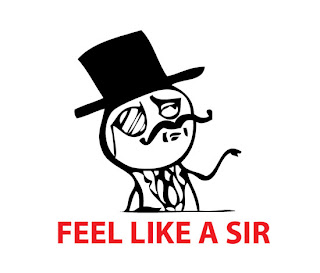