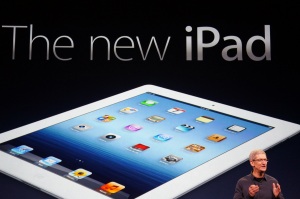 One of the big mysteries ahead of Wednesday’s Apple event was a simple question: What is the new iPad going to be called? The tech press had long settled on iPad 3, but some outlets had recently reported that the product name would actually be iPad HD, in reference to the new high-resolution Retina display.
Apparently, Apple wasn’t having any of that. More than an hour into the show, Apple CEO Tim Cook finally revealed that the new iPad is called just that: the new iPad. 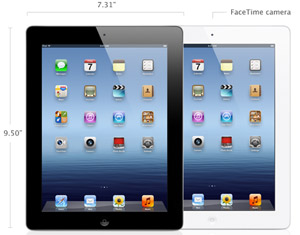 It seems like an odd choice at first sight, especially in light of the fact that Apple will continue to sell the iPad 2 for $399. However, the new name signals something much more profound than just a new product generation.
MORE New Ipad
Does the iPad 3 really have a "retinal display"?The new iPad is supposed to have pixels so small your eye cannot resolve then, what Apple calls a "retinal display". I did the math, and find that for normal use and normal eyes, that claim is... true! But there are some caveats, and c'mon. You know you want to see the math.

Here is a vidya