What is the US Balance of Trade 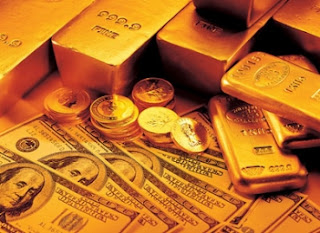 The Balance of Trade is identical to the difference between a country's output and its domestic demand - the difference between what goods a country produces and how many goods it buys from abroad; this does not include money respent on foreign stocks, nor does it factor the concept of importing goods to produce for the domestic market (source: wikipedia)

U.S. trade deficit in goods and services increased to $53.1 billion in June from $50.8 billion (revised) in May, as exports decreased more than imports.

The May to June decrease in exports of goods reflected decreases in industrial supplies and materials ($2.0 billion); capital goods ($1.5 billion); foods, feeds, and beverages ($0.8 billion); and other goods ($0.5 billion). An increase occurred in consumer goods ($0.7 billion). Automotive vechicles, parts, and engines were virtually unchanged.


What does this mean? Well this means we are going further and further into debt with our only money maker being services. We do really great services, but where is all the other work going to? Corporations are going over seas for cheaper labor. Simply because the opportunity cost is close to zero in those areas. Is this ethical? Who knows, but in business, if you do not do it, someone else will and drive you out.

DONATE a BITCOIN
1BzSWA5mN7r2ZDn61VTvHzzUePqGrFEMmg
Posted by Someone at 7:38 AM

Email ThisBlogThis!Share to TwitterShare to FacebookShare to Pinterest
Labels: us balance of trade