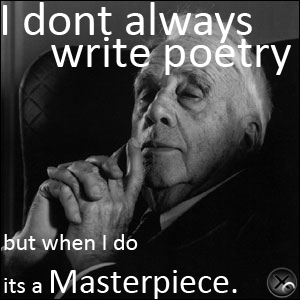 Have a nice day dudes.

DONATE a BITCOIN
1BzSWA5mN7r2ZDn61VTvHzzUePqGrFEMmg
Posted by Someone at 8:08 AM 11 comments:

Email ThisBlogThis!Share to TwitterShare to FacebookShare to Pinterest
Labels: but when i do, i dont always write poetry, its a masterpiece, robert frost

Can you say.. Coincidental? I think you can. Its ok if you are having trouble, its a long word, say the world slowly. COOOIN-CIDENTAL. translation BULLSHIT.

So here is the theory, Osama bin Laden has been dead since 2007. In order to keep the American public interested in getting revenge on a person that had nothing to do with the world trade center controlled demolition which they named a terrorist act, they would have to keep to puppet show alive. Dressing people up, causing terrorism in the name of Jihad then go home and attend their christian sunday services with their wives and kids. Cool, we needed oil, great. We all know this conspiracy theory.

So.. Continuation of this same idea.

Barrack Obama gets made president because the elites need him in office in order to calm the public down and continue the conquest to make those same elites more money. Few years, people see through the smoke screen, Obama sucks as many nuts as the other ones, why? Because he is a monkey dancing for peanuts.. Public opinion is down because nothing he says is falling through, people are catching on. As stupid as they are, they are actually catching on. OH NO WHAT DO?! "WE need good news to keep the stupid american public happy still".

Lets give them Osama bin laden, but with out proof. Why no proof you ask? Because the bastard has been dead since 2007. If we tell them that, then they will be pissed. So we make up some completely new BS story, because thats what we do best. We lie. Because lies are so much better then. "we just want to be rich and control the oil that controls the world". So we tell them we got seal team 6 to kill him, after killing him, we "throw him over board because he needs a burial at sea because he is muslim" then a few months after that, all the people apart of killing him, are now dead.

CONGRATS the piece of shit story is complete.

Time to move on to the next lie.

DONATE a BITCOIN
1BzSWA5mN7r2ZDn61VTvHzzUePqGrFEMmg
Posted by Someone at 9:26 AM 16 comments: