Why the War on Drugs is full of FAIL plus infographic

There i was. Stoned, hungry, bored, watching the 7 o'clock news while drinking a fresh New Castle. Life couldn't get any better. HEADLINE: Major drug bust indicates your kids are now at a higher risk for drug related death stay tuned! I chuckled, packed the bowl again and waited through all the governmental rhetoric about budgets and how both sides, red and blue, are childish. Patiently i sat through the bullshit. Oh there went Casey Anthony, yea we know she is guilty, slipped through the cracks... blah blah blah. BOOM my story. HELL YES. Some guy sporting a tax payer protector suit comes on, with his mount me hat and shades and gay ass mustache. Smiling proudly like a peacock, he announces "The city of Greenville NC has successfully removed 100lbs of Marijuana, 10 kilo's of heroin, as well as 15 kilos of cocaine that had been manufactured into crack, street value over 9000" . He later went on to imply that, since all these drugs were easily accessible to our kids that they are now in danger for their lifes and the only thing we can do to help them, is donate more money to the already failed drug war. Fair enough.. but where is the facts to support this science? I feel more in harms way now because of the simple principle we all know and love in america called SUPPLY AND DEMAND. Now the supply is lower, the demand will rise, as will the prices. What does that mean for those who dont use these drugs? That means you are now at a greater risk of being robbed for your worldly possessions. If yesterday a gram of crack for a crackhead was $50 and a vcr. Now they have to pay $100 and sell their 12 year old daughter as a sex slave. Congrats officer, you have successfully created job security for an already unneeded job. On top of that, now my sack of harmless, medical grade pot is reduced to some shwag sprayed down with drain-o. FFS. How will i live.

Instead of trying to get rid of drugs, why not get rid of the need for drugs? Legalize, Educate, Tax, PROFIT! We would think as corporate as america is we would have already taken this approach considering drug sales  lined the pockets of terrorist with billions, funding the murder of soldiers and other innocent people. The govt is threatening shut down because their budgets are whack and yet they spent $25,000,000,000 last year to keep drugs off the streets. Yes folks, 25 billion dollars. For what? I live in a quiet mostly white subdivision in north Carolina, and yet, 3 out of my 4 neighbors smoke pot and are willing to sell it to me at no profit. So 25 billion dollars spent and i can still get any drug i want on any corner in america. So wtf are they doing with all that money? They want to cut budgets for schools, health care and the elderly, and yet waste all their energy on drug addicts that are not going to change because they just don't fuckin want too. Perhaps if they were educated and healthy they wouldn't need food-stamps and a blunt. Perhaps if they werent chastised for a felony drug conviction they could get a damn job.. Hell perhaps if they were educated they could create their own job that doesn't include crack and prostitution, but the sad truth is, this is america and criminals are dollars. Criminals are free labor in most states. I thought slavery was abolished wtf?

Now that i am done ranting, here is a nice infographic! ^_^

DONATE a BITCOIN
1BzSWA5mN7r2ZDn61VTvHzzUePqGrFEMmg
Posted by Someone at 8:54 AM 7 comments:

Dear Bank of America, FUCK YOU

Attention bank of america.. Fuck you.
Why fuck you? Well, because your "keep the change" program has caused my whole account to go -$30 causing me to now be late on the rest of my fuckin bills (4 to be exact.. each with a 25$ godamn late fee). How did this happen you ask? Well your system (that i have to have or i must pay a fee every month to have access to my own godamn money) charged me $12 for making a 3 $5 transfer's from MY SAVINGS to MY CHECKING because YOU KEEP MY FUCKIN CHANGE.. So because you kept my change, and i needed said change in order to get gas to go to class, i had a fee. Well that fee that was paid to bank of america FIRST, caused my next 6 transactions to be negative transactions incruing more mother fuckin fee's. Your customer service told me, well, you should have kept a better eye on your account, im sorry. ARE YOU FUCKING KIDDING ME. Your service charged me a fee which made me have to pay more fee's. Is there an algorithm for that? Fuckin cunts. I hope you fall down the stairs of your piece of shit yacht today.. or one of your kids gets sars from your trip overseas. bitches. 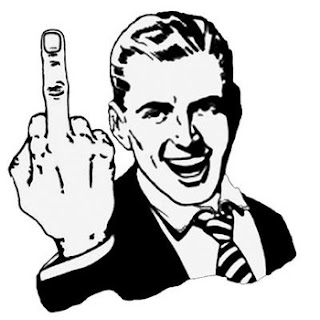 DONATE a BITCOIN
1BzSWA5mN7r2ZDn61VTvHzzUePqGrFEMmg
Posted by Someone at 9:15 AM 8 comments:

By now I am sure that all of you have either heard of Googles newest contender to the social media ring Google+ or actually have an account and have tried it. Im going to keep my review short and just say that i love G+, G+ is bad ass, and Mark Zuckerburg can suck it! With that out of the way, time to get to one of the really cool features. Google+ allows animated gifs to autoplay in the users stream. I personally really like this feature because the feature adds a certain level of individuality and insight into a persons life. So for the passed couple days i have been taking some of the gifs from my gifs folder and editing them to suit my needs. Feel free to share animated Google+ gifs everywhere. Post them to your stream RIGHT NOW!

ps. if u have any animated gifs that you would like me to edit. juuuuuust let me know.
btw. CIRCLE ME ON GOOGLE+

DONATE a BITCOIN
1BzSWA5mN7r2ZDn61VTvHzzUePqGrFEMmg
Posted by Someone at 12:19 PM 10 comments: